People who are in debt are likely use to receiving constant phone calls and mailings from creditors. However, once a person files for bankruptcy this constant contact should come to a halt. If you still receive phone calls and mails from a creditor this, may be a form of harassment and you have certain rights.

Under U.S. Law, when a debtor files for bankruptcy one benefit he or she receives is creditors must stop all collection efforts against the debtor. Creditors who try to collect a debt during a bankruptcy or after a discharge is in violation of Federal bankruptcy law. When a bankruptcy is filed, an automatic stay prevents most creditors from continuing collection actions against a debtor. A debtor who continues to be contacted by a creditor, should contact their attorney’s office so the attorney can warn the creditor of a potential violation of the debtor’s automatic stay. The debtor should keep the mailing received or make a record of the phone call.

END_OF_DOCUMENT_TOKEN_TO_BE_REPLACED

Payday loans are small, short-term, unsecured loans often known as cash advances. These loans usually rely on the consumer having previous payroll and employment records. Payday loans are risky. The default rate on these loans has been reported to be as high as 10-20 due to high interest rates. In most cases, debtors can discharge payday loans through a Chapter 7 bankruptcy, or a portion of the debt through Chapter 13.

Before a debtor files for bankruptcy due to a payday loan, he or she should ensure the loan came from a Florida Licensed lender. In Florida, there are a number of restrictions on these loans that include not lending more than $500, and not lending to a person who already possesses an outstanding payday loan. State statutes limit the fees charged on a payday loan to 10% of the total loan amount. This is the interest rate for the specific loan term, not an annual interest rate. If the borrower cannot pay back the payday lender, the lender is limited to demanding the original amount lent plus the 10% fee, simple costs, and any bad check fees imposed by the bank. The lender cannot charge the borrower any other costs unless a court rules otherwise.

Payday lenders may be able to successfully object to a borrower’s payday loan being discharged in a Chapter 7 bankruptcy under certain circumstances. This usually happens if the borrower received a loan from the payday lender within 70-90 days prior to filing their bankruptcy. The lender may argue to the court the borrower took the loan with no intention of paying it back.

END_OF_DOCUMENT_TOKEN_TO_BE_REPLACED 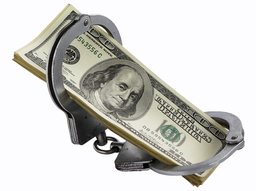 We all believed that debtor’s prisons were things of the past but in light of the recent arrest of an Illinois state citizen over a medical bill for $280 dollars, it’s apparent that debtor prisons have not yet resigned themselves to the history books.

Lisa Lindsay, like many women in the United States contracted breast cancer. After surviving the ordeal she was sent a bill for $280. Lindsay was told she didn’t have to pay the bill as it was sent in error, yet the hospital sold the debt to a collection agency. State troopers then took her from her home in handcuffs by which time she ended up having to pay $600 to settle the charges. I have written on this subject before, but the instances of arrest have increased as debt collectors have gotten more aggressive.

The law in most states allows for the arrest of people for contempt of court. Contempt of court is what gives the court the ability to arrest those who don’t pay their child support. What happens in these cases is the collector getting an order for the debtor to perform some action (typically provide payroll records). When the debtor doesn’t provide them, they are found in contempt of court and a warrant is issued for their arrest. The problem is that in the cases where people are being arrested the vast majority of the debtor’s addresses for notice are incorrect. This leads to people being arrested for not providing documents they didn’t know they were ordered to provide. Some states, such as Illinois, are amending their procedures to require that these debtors be served with papers before an order of contempt can be issued. This should minimize arrests for those states, however most of them, including Florida, remain without these protections.

END_OF_DOCUMENT_TOKEN_TO_BE_REPLACED 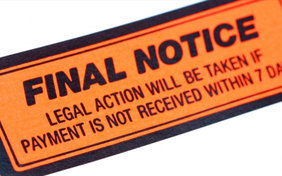 These days, debts are bought and sold like stocks. By the time a debt collector files suit against you, they may be the third or fourth agency to hold your debt. Generally, this is a good thing because Debt collectors assume that they will be able to win by default in nearly all of their cases. As a result, these collectors rarely keep proper documentation (or don’t even get it in the first place).

Adopted by nearly every state, the Uniform Commercial Code sets forth requirements that must be met by a secured creditor before they can assess a deficiency against a debtor. There are varieties of other provisions that can be used to protect consumers: the Fair Debt Collection Practices Act, the Federal Truth in Lending Act, etc. One of the most powerful protections a consumer has is the Florida Rules of Civil Procedure. When one knows how to get evidence and how to present pleadings properly, the strength of a case is greatly amplified.

When a collector files a complaint with the court, they must have the debtor served at their last known address. There are a variety of defenses that can be used: Perhaps the collector hasn’t properly shown that they are owed the debt, perhaps the debt amount has been improperly calculated, perhaps the debtor isn’t even the right person -the list goes on and on. What is important to keep in mind is that a lack of action on the part of the defense means that they consent to the facts alleged. This is called a default judgment. Default judgments are difficult, though not always impossible to “re-open” and work out properly. It’s far easier to defend such a case if counsel is sought prior to a judgment being obtained, preferably before the initial twenty days after service of process has occurred. By getting into a case early, a lawyer will almost invariably have a better chance at defeating the complaint and may be able to get attorneys fees or file a counter-claim for damages (suing the person who is suing you).

END_OF_DOCUMENT_TOKEN_TO_BE_REPLACED 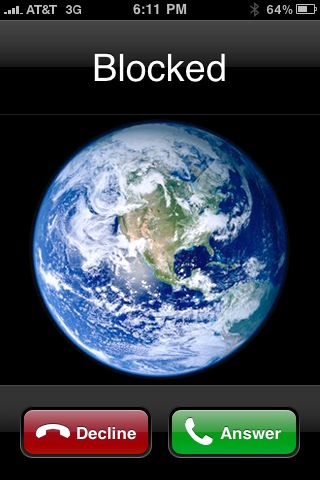 This attorney is getting a lesson on just how annoying having creditors call you can be -and they aren’t even my creditors.

Although I’ve had the same telephone number for over two years, creditors have started to call me looking for a person who I’ll refer to as, “Tony Doe”. Tony apparently gave his telephone number to multiple creditors long ago and has only recently fallen on hard times. Now I am receiving phone messages from a blocked number asking me to call a collection company with my reference number. They were sure to remind me in the message that, “You are now on notice.” Even if I were Tony, I don’t think being “on notice” has any legal relevance, though it was declared in a threatening tone. They left me this message despite the fact that my voice mail states that I am Attorney and who I am.

I quickly dialed the number back and was put on hold, when they finally got back to me I gave them the reference number and explained that I was not Tony Doe but could they please give him my phone number when they get a hold of him so that I could help him defend this debt. The creditor then promised that she removed me from their call list, though only time will tell.

END_OF_DOCUMENT_TOKEN_TO_BE_REPLACED 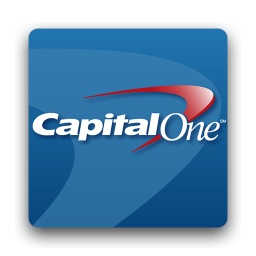 When someone files for bankruptcy protection they don’t expect to have their discharged bills come back to haunt them. Zombie debts are not unheard of, but are rarely seen in the multitude that has been alleged against Capital One by a court-appointed monitor. Some of these debts, including one sought fourteen years after it was discharged, are for thousands of dollars.

Unlike most lenders, Capital One handles most of it’s debt collection internally, rather than outsourcing to collection firms. This may be part of their problem as collection firms are usually well versed in the Fair Debt Collection Practices Act.

Out of the 15,500 bogus claims made by Capital One only about 800 of those borrowers filed lawsuits against the creditor. 130 of these cases were settled without Capital One admitting fault. Not all attorneys will file suit against a creditor for attempting to collect a discharged debt, but it’s important that debtors know that they can. Without the remedy of suing the creditor, there would be little to no use of the bankruptcy court at all.

END_OF_DOCUMENT_TOKEN_TO_BE_REPLACED

As is most legal processes, bankruptcy can be a difficult thing to maneuver. There is a lot of misinformation out there, you need to be careful to get your information from a trusted source. Here are some myths regarding bankruptcy:

Myth 1: If I file for bankruptcy, everyone will know.

Like most legal proceedings, most bankruptcy documents are public record. Since I work at a law firm in the bankruptcy department, I search these records all the time. I even have a special username and password that allows me access online. However, how many times do you think your friends, family, or co-workers search through federal court records? The truth is that while your bankruptcy documents will be public information, it is unlikely that those you know would search to find them.

END_OF_DOCUMENT_TOKEN_TO_BE_REPLACED 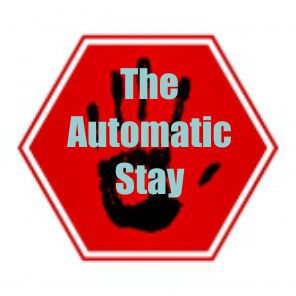 Upon filing for bankruptcy protection, an automatic stay is put in place. This means that creditors can not try and collect from you. So a creditor cannot call you to request payment, send bills to you, garnish your wages anymore, or repossess your car without court permission. If there is a foreclosure suit against you, that suit must also stop immediately. If your home is sold and you filed prior to the sale, that sale can be vacated. Obviously, this is a powerful tool bankruptcy. Many people file to stop creditors from taking actions against them or their property.

The automatic stay will remain in effect until one of the following things occurs:

1. A creditor petitions the court for relief from automatic stay and the court enters an order granting it;

END_OF_DOCUMENT_TOKEN_TO_BE_REPLACED

Two bankruptcy petition preparers in Wisconsin are in big trouble with the Court, facing possible criminal charges. Jennifer Abbott, who is a disbarred attorney, was cited with contempt by a bankruptcy judge. The Court said that she has violated bankruptcy Court Orders repeatedly and she refused to obey a subpoena issued by the U.S. Trustee’s office. Abbot has also been convicted of felony theft for stealing from a client.

The second bankruptcy petition preparer, Gaynor Morrison, is in trouble for failing to appear in bankruptcy Court when ordered to do so. Also, he was alleged to have been overcharging clients and failed to return fees to clients after being ordered to by the Court. 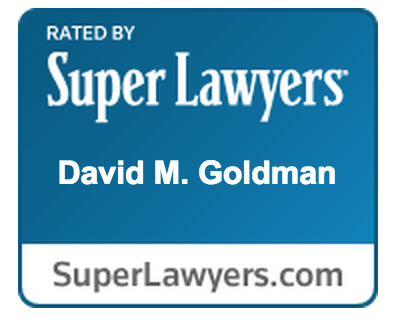 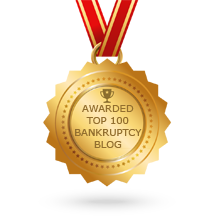